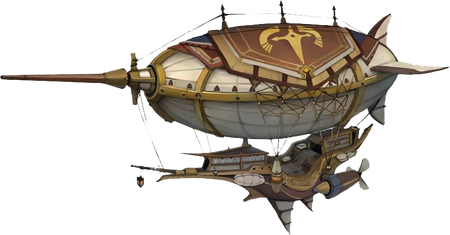 There are two types of trades you can do in the Airship Dock. First, the Clan Trade: your airship will travel to another city and trade resources for Diplomacy Items. Second, the Merchant Airship: a merchant airship will dock at your city every 8 hours, and you can trade your resources and Upgrade Building Items for other resources and Speed Ups they bring. 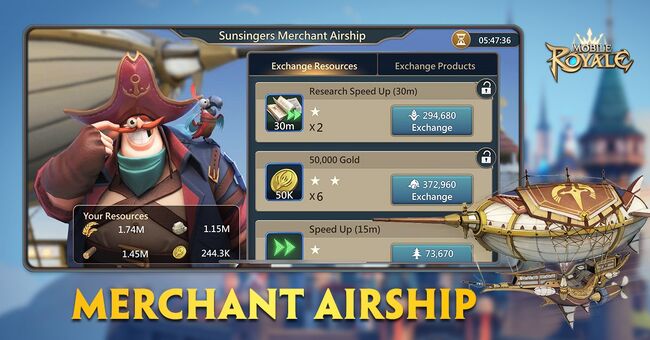 The amounts asked or given vary according to your city development. For example, if you have just started, the merchant ship will ask for less resources than if you already have a greatly developed city, and therefore greater resource sources.

Player tip: when you start the game, the Upgrade Building Items are not as required as they will be in the future. To upgrade certain buildings you will have to have those items in great quantity, so you might want to use them only if the trade is really advantageous, or perhaps just save them for the future.

When an exchange is complete, there is a chance of a $0.99 pack will become available. If you buy this pack, you have a chance of winning the Grand Clan Reward.

Retrieved from "https://mobileroyale.fandom.com/wiki/Trading?oldid=4543"
Community content is available under CC-BY-SA unless otherwise noted.