”Those days were long gone, but not forgotten, at least by Sofia. It was the age of airship. In those days, everyone was raving about the tecnology and the convenience it brought, until one of the airships came tumbling down when it flew over Bloodsoil. The deserters shot it down, they said.

And Sodia became an orphan overnight.

Fast foward many years, new technologies had freed airships from reach of grounf attackers. Yet, airships continued to come down in flames and smoke due to monster attacks.

Determined to change things, Sofia vowed to build her own airship that would resis all attacks. An avid lover of marine animals, Sofia modeled her airship after a shark and named it [Metalrose]. The streamlined body of the shark-line ship enabled Sofia to attack and dodge enemy swiftly and with class.

With her trustworthy invention, Sofia fought off numerous tough opponents, earning herself to accolade of [Azure Guardian].” 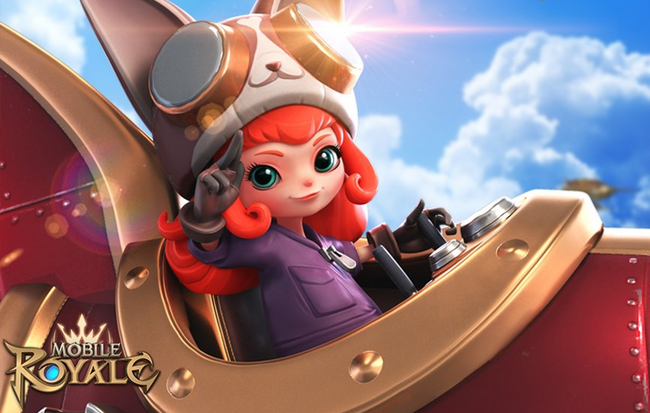 Retrieved from "https://mobileroyale.fandom.com/wiki/Sofia?oldid=4310"
Community content is available under CC-BY-SA unless otherwise noted.