"Skarliss tried to prevent a civil war, at any and all costs. With all else failing, she resorted to necromancy, in an attempt to unite her people against a common enemy. Alas, her efforts were in vain. The trees were stained red as the elves turned on themselves. A desperate Skarliss delved deeper and deeper into the dark magic, until she too was lost. An eternity passed and Vollandia is once again ravaged by war. Skarliss the Spirit Witch emerged from the deep, awakened by her determination to see an end to bloodshed." 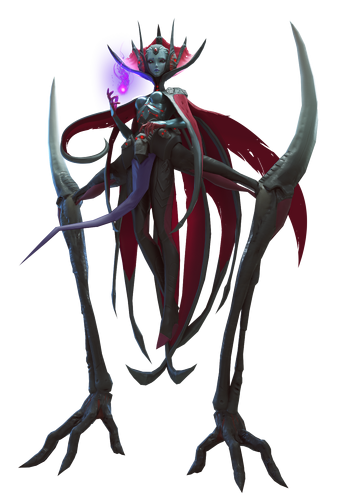 Retrieved from "https://mobileroyale.fandom.com/wiki/Skarliss?oldid=4301"
Community content is available under CC-BY-SA unless otherwise noted.