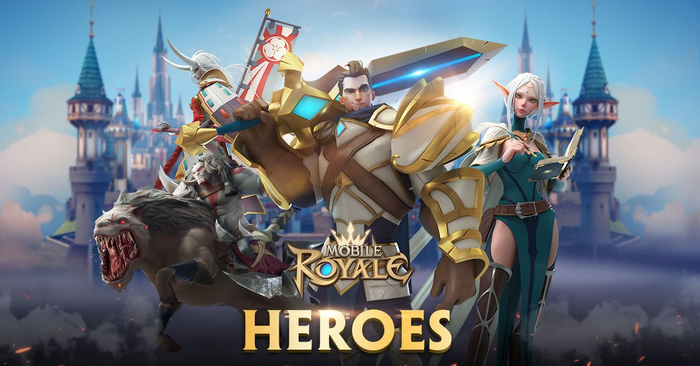 Heroes are characters that can be deployed in monster hunts, Campaigns and Player vs Player. They can also give army/ construction / research / training / production boost to your City. The higher their grade, the better these bonuses will be.

Role in the battlefield Edit

You can bring multiple heroes to a battle, and each one of them has a different ability: healing or fighting.

During a battle, there is a golden ring above the character portraits that will glow when you are able to use the ability. Each ability has a different cooldown time, so once you have used it, you will have to wait a certain time before using it again.

The hero can use its ability in the area next to them, and you can control exactly where. If you are a healer, bring the ring on your units. If you’re a warrior, keep it on the enemy troops.

Unlock to permanently have an effect to the hero.

Unlock to activate when these conditions are met:

Click on the heroes pages below to see their abilities and specific information.

How to find the new heroes?

Complete the campaign tasks. You will get some heroes automatically after completing a certain chapter in campaign. For example, “Hawthorne” joins you when you start Chapter 2.

Collect soulstones in Elite Campaigns. When you clear an elite campaign you can win a hero soulstone. When you have 10 soulstones of the same hero, you can summon it. Get more soulstones to promote the hero grade (common → uncommon → rare → epic → legendary). Click on the heroes to see in which campaign elite you can collect their stones.

There are two ways to make your heroes stronger:

First, with XP points that you win from campaigns. Those increase your Hero level. The higher the level, the more troops you can send to an assembly (Alliance Army). When you get on lvl 35 and on lvl 50, you unlock new abilities.

Second, promoting your Hero grade when you get enough soulstones. When a hero is promoted, his abilities will improve. Each skill has 5 different grades (common → uncommon → rare → epic → legendary) and by promoting a character, you can switch to the next grade. The advantage of doing so is to increase skills bonuses. This process also affects passive skills, so you can increase the city management bonuses too.

Retrieved from "https://mobileroyale.fandom.com/wiki/Heroes?oldid=4604"
Community content is available under CC-BY-SA unless otherwise noted.