"Geary grew up on a merchant's airship, and learned how to haggle and exploit before he could walk. When he finally bought his own airship, he headed straight for Vollandia. Plagued by centuries of war, the demand for armaments in Vollandia is extraordinary. However, the place was too hot even for arms merchants, and Geary saw a perfect opportunity to corner the market. Geary steadfastly maintained his neutrality; he judged customers not by their race, but by their coin, and sold weapons to anyone who could pay him. Business boomed, and Geary quickly became Vollandia's largest arms dealer. Secretly, Geary hoped the war would go on forever. After all, it was good business. " 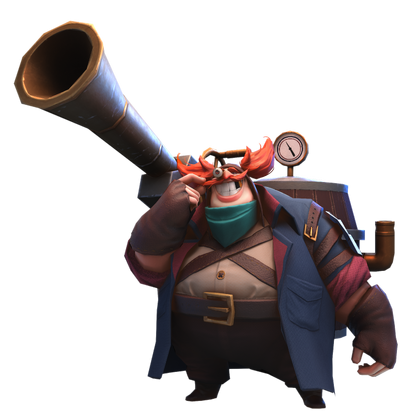 Retrieved from "https://mobileroyale.fandom.com/wiki/Geary?oldid=4304"
Community content is available under CC-BY-SA unless otherwise noted.