”After the war with the demons, the first to learn magic were the elves, and they were the earliest spellcasters.

These spellcasters were guided by the Ancient Dragons, and they used the magic of nature to heal the war torn land.

To thank the spellcasters for their work, the elves built a resting place for them where they could go to sleep and recover their magical powers. Cynthea was one of those spellcasters.

Time went by, and when the elves discovered the Eternal Crystal, they became obsessed with experimentation and forgot about the resting place.

When the crystal exploded, the blast sent many of the spellcasters into eternal sleep, but luckily, Cynthea only suffered some minor damage, and several centuries later, she awakened...

Looking around, she realised that she had slept for a very long time indeed, and she ventured out of the woods to see the land that she saved ages ago...” 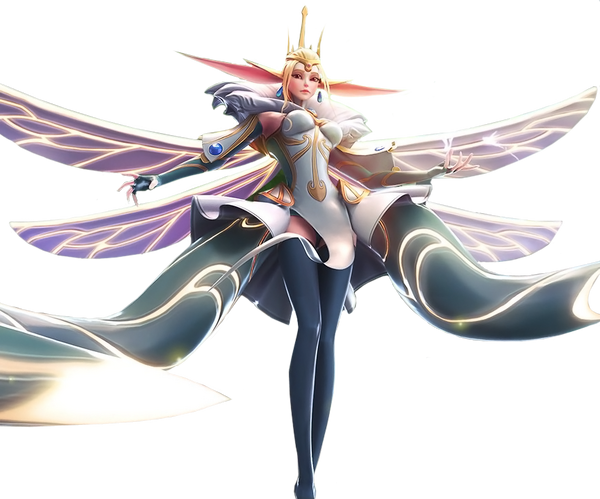 Retrieved from "https://mobileroyale.fandom.com/wiki/Cynthea?oldid=4309"
Community content is available under CC-BY-SA unless otherwise noted.