“The people praise him. Bards sing of his deeds. His peers are in awe of his strength. He is Branor the Paladin,the pride of Kingsdor. Branor's story is one oft-heard. A wide-eyed child dreamed of greatness and trained tirelessly ever since he could hold a sword. But Branor wasn't content with being just another knight. He wanted to be a paladin; a protector of peace. Branor earned his stripes during a skirmish with the Moonseekers. The battlefield was attacked by an Ifrit, which quickly wiped out most of the skirmishers. Amidst the chaos, Branor gathered and led the survivors from both side to safety. This noble act earned him a place amongst the Paladins."

Dedicate all strength to cutting left and right, followed up by three double-handed heavy cuts. Each cut deals 21% physical DMG and increases Hero's Physical and Magic DEF by 20/30/35/40/50%.

Increases Infantry DEF by 2.5/5/10/20/50%; effect activated when the player initiates an attack or defense. 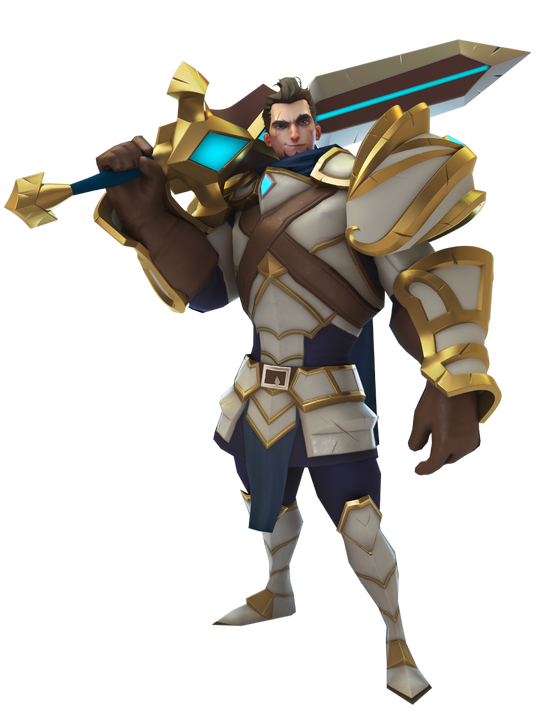 Retrieved from "https://mobileroyale.fandom.com/wiki/Branor?oldid=4290"
Community content is available under CC-BY-SA unless otherwise noted.