"There are many theories on the origins on dark magic, but the general consensus is that demonic beings only started appearing in the Vollandia after the elven Civil War. Some say that the magic of the elves destroyed the balance of nature. What many did not know was that this is not the first time demons have been sighted in Vollandia. When the darkness descended a long time ago, the Dragons defeated the demons in an epic battle. The demons that survived the battle fled Vollandia, all except for one, who sought refuge deep underground. Nobody knows why Balthazaar rose from its deep slumber, but the master of dark magic has now joined the conflict between Human and Beastkin... "

Increase cavalry ATK by 1.5/3/6/12/30%. Effect activated when player initiates an attack or defense. 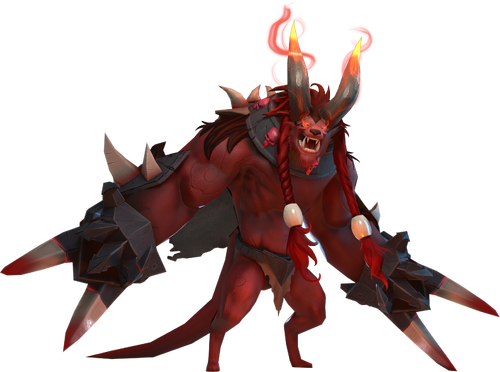 Retrieved from "https://mobileroyale.fandom.com/wiki/Balthazaar?oldid=4306"
Community content is available under CC-BY-SA unless otherwise noted.