"For the militant Beastkins, the small goblins made them only fit for servants. Despite this, Badaboom the Goblin always believed in his smarts. When Badaboom chanced upon a few human traders at a nearby camp, he knew it was time to act. Creeping in, he made off with a crate of green liquid. In the Beastkin camp the following night, Badaboom rode out and began flinging the flasks of poison at the unsuspecting humans. That turned the tide of battle, and Badaboom was lauded as a hero. He has since added explosives and cannons to his arsenal, making him the very first Bomber Critter of the Nightspears!"

Toss a specifically manufactured bomb full of toxins towards target, dealing 10% DMG, and releasing a cloud of toxins that deals 35/40/45/50/65%.of magic DMG as continuous damage to enemies surrounding the target. 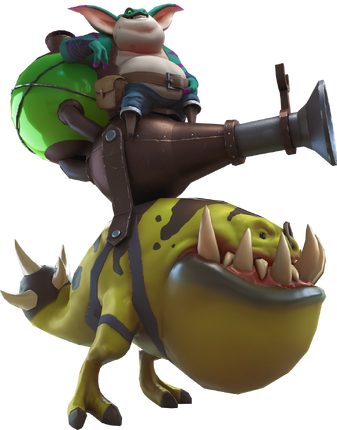 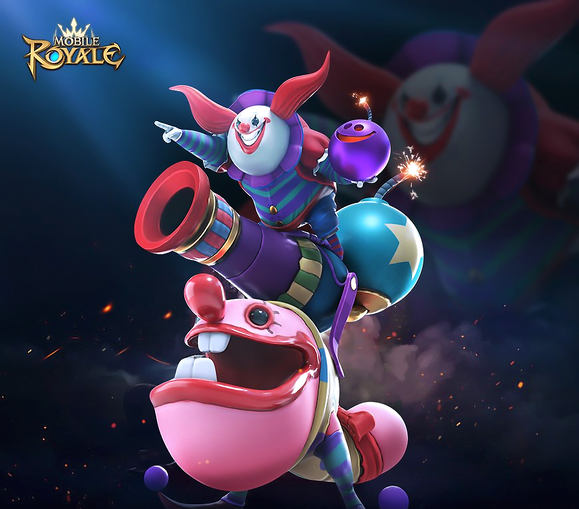 Retrieved from "https://mobileroyale.fandom.com/wiki/Badaboom?oldid=4292"
Community content is available under CC-BY-SA unless otherwise noted.