In this building you can challenge other players with your Heroes and win rewards.

At the end of a season, only lords that have gotten into Champion Challengers are eligible for ranking rewards.

When the season ends, you can claim rewards for your current division as well as the divisions below it. The higher your divisions, the more rewards!

When a new season begins, you must claim all previous season rewards before you can register for the new season.

The Arena lets players pit their Heroes against one another, and this lets you gain a deeper understanding of each Hero's special traits.

How do I take part in the Arena?Edit

Once your Castle reaches lvl 6, you can send your Heroes to the Arena. To enter, select one to five Heroes.,

Why can't I find the Arena after the Upgrade?Edit

How does one win or lose in the Arena?Edit

You must exterminate all your opponent's Heroes within 60 seconds in order to win the match. Once you selected Heroes to enter the match, the combat will be automated, and you will not be able to control your Heroes. 10 seconds afer the match begun, a "skip" button will appear and you can tap it to skip the combat (this will not affect the match results).

Do you have a limited number of chances to take part?Edit

During the event period, you will get 8 chances a day to take part in the Arena (Arena chances recover over time). You can also refresh the opponents list for your division up to 10 times a day. VIPs get to use Challenge Scrolls to replenish their Arena chances, and the number of time they can use the scrolls is based on their VIP level (only the usage per day is limited but they can buy an unlimited number of scrolls).

What rules are there for the Arena?Edit

Which Hero buffs are the most effective in Arena?Edit

Can we check the Arena's Battle Records?Edit

Currently, the system will only show the records of the last 3 matches you've been through. You can also view the battle report replays for these matches and the replays can be viewed for 7 days.

What rewards do I send to get in the Arena?Edit

You stand to get daily division rewards, seasonal rewards, and your highest ranking reward. Daily division reward are gem rewards that can be accumulated cross-season, which can be accumulated up to 10,000 Crystals. Seasonal rewards and the highest ranking reward have to be claimed during the rest period. You can register for the next season only when you have finish claiming your last rewards. 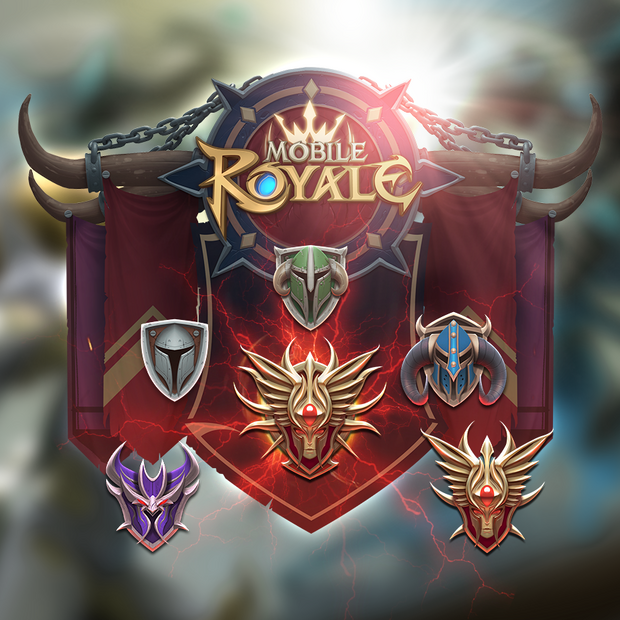 When the season ends, you can claim rewards for your current division as well as divisions below it. The higher your division, the more rewards!

Retrieved from "https://mobileroyale.fandom.com/wiki/Arena?oldid=4282"
Community content is available under CC-BY-SA unless otherwise noted.