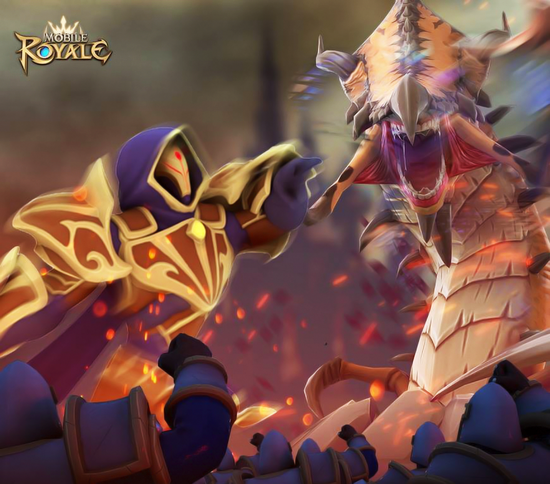 An Arcane Beast is attacking! Call your Guildmates for a grand monster hunt.

My lord, the bloodsoil area has been very unstable lately, and the bond between our world and the alter realm has torn even further. Powerful arcane beasts have set foot on our land!

My lord, please gather your Guild members and launch a Grand Monster Hunt for the sake of peace on Vollandia!

A notice will appear when arcane beasts have appeared. They will spawn near bloodsoil. The Guild that has successfully hunted down the beast will get grand guild rewards!

What is an Arcane BeastEdit

An arcane beast is a monster that appears from time to time near bloodsoil. They are the same monster types as the normal monsters, but it takes more hits to kill an arcane beast of the same level of a normal monster. The prizes they give are a little better, and they also give Guild Funds.

Retrieved from "https://mobileroyale.fandom.com/wiki/Arcane_Beast_Attack?oldid=4423"
Community content is available under CC-BY-SA unless otherwise noted.